2017’s David Mitchell Christmas bonanza starts this Monday with a Christmas Would I Lie To You? on BBC1 at the later time of 9.30pm. The show will then reappear in the schedules on December 29th on BBC1 this time back at 8.30pm.

Then on Christmas day we are treated to the most fantastic Upstart Crow Christmas special. I was lucky enough to be in the audience and it really was something amazingly special, something truly deserving to take pride of place in BBC 2’s Christmas schedule (which it does). A Christmassy Crow is on at 8.25pm on Christmas day on BBC2. It’s got a special 5 minute extra running time and as you’re no doubt aware it guest stars Emma Thompson. 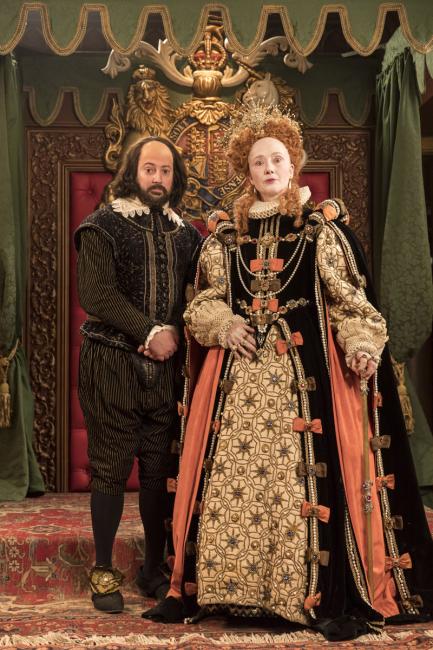 Then on Boxing Day David is on The Big Fat Quiz of the Year 2017 with Jimmy Carr, Richard Ayoade, Roisin Conaty, Noel Fielding, Big Narstie and Katherine Ryan. That’s at 9.00pm on C4.

Now I hand you over to my good friend @ChasquiPenguin for 20 Upstart Crow facts about the real life Burbage:

20 Facts on his Personal Life and Theatre Life

The above details are correct to the best of my ability but please let me know if you notice any inaccuracies.