Some things are just uniquely suited to a culture, a time and a place. The idea of remaking anything to fit another culture is thankfully becoming more of an outdated concept. Unfortunately in the past, American TV producers have repeatedly tried and failed to remake many of our beloved British sitcoms. Here are just a few examples: 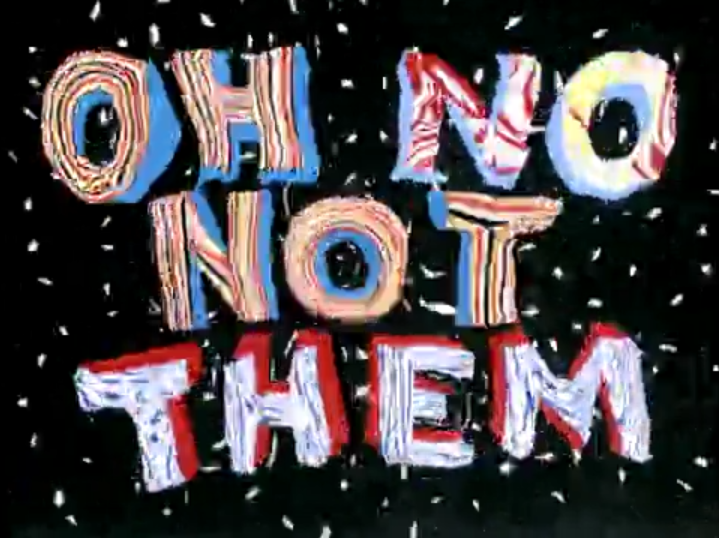 For some reason in 1990 Fox decided to commission a pilot remaking The Young Ones somewhat bafflingly with the title Oh, No! Not THEM! Using The Beatles ‘Tomorrow Never Knows’ as its theme tune. Nigel Planer was involved, although it isn’t clear whether he reprised his role as Neil, as the unaired pilot has never seen the light of day – but he was rumoured to have had a bad time onset. Bizarrely, all that was leaked online was the animated title sequence. That was obviously the best part about it!

There have been dozens of articles over the years about the possibility of a Peep Show US remake. As time passed we had all assumed these ideas had fizzled out – however, in 2015 we finally found out that at least one had made it to pilot stage when a copy leaked online. This remake is probably one of the strangest on our list. Starring The Big Bang Theory’s Johnny Galecki as Mark ( his hair styled to look like an over-exaggerated version of David Mitchell’s Mark). Coupled with the fact that this leaked copy seemed to be recorded on the world’s oldest video tape, which inexplicably makes it feel as if it pre-dates Peep Show, makes it all the more bizarre. 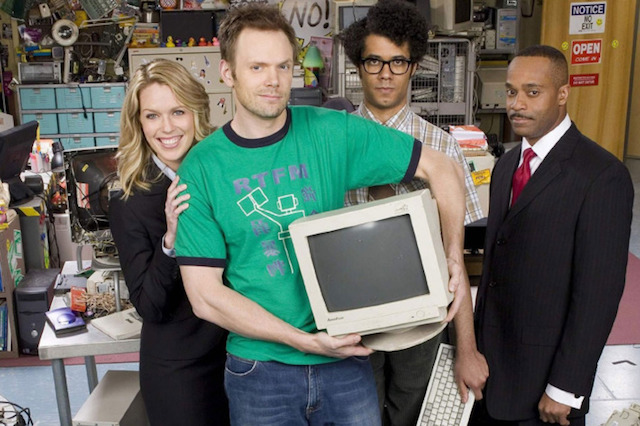 If you had to remake an iconic British Sitcom for the American market, The IT Crowd was probably going to be a safe bet. As such, it’s probably the best pilot on this list (that’s been released) and that’s not saying much! Richard Ayoade reprised his role as Moss, something he later remarked that he regretted doing. Roy and Jen were replaced with American counter-parts. Richard Ayoade said of the experience, “It was a bit like a play where everyone else had left. It was very odd.” It wasn’t picked up for a series.

Notorious among Red Dwarf fans, the two US pilots caused fall outs between just about everybody involved! Robert Llewellyn reprised his role as Kryten. Doug Naylor and Rob Grant (Red Dwarf’s creators) were also on board. However, interference from other producers and writers meant that these two disastrous attempts at Red Dwarf USA had ended before they’d even begun. The story of these pilots were made into a very interesting documentary – ‘Dwarfing USA‘ for the original Red Dwarf Series V DVD release. Interestingly, in the documentary Doug mentions that ‘some guys from ‘The Simpsons‘ were part of the writing team; which makes you wonder whether this experience inspired the eventual creation of Futurama. Watch the full documentary here:

One of the few shows on this list to have been made into a full series, although the plug was eventually pulled before the last two episodes were broadcast: Payne starred John Larroquette as Royal Payne (Yes, that’s his name) and Rick Batalla as Mo – who apparently was the Indian version of Manuel. Interestingly, more episodes of this show aired in the UK than in the US. There’s one that never saw the light of day anywhere – probably for the best! 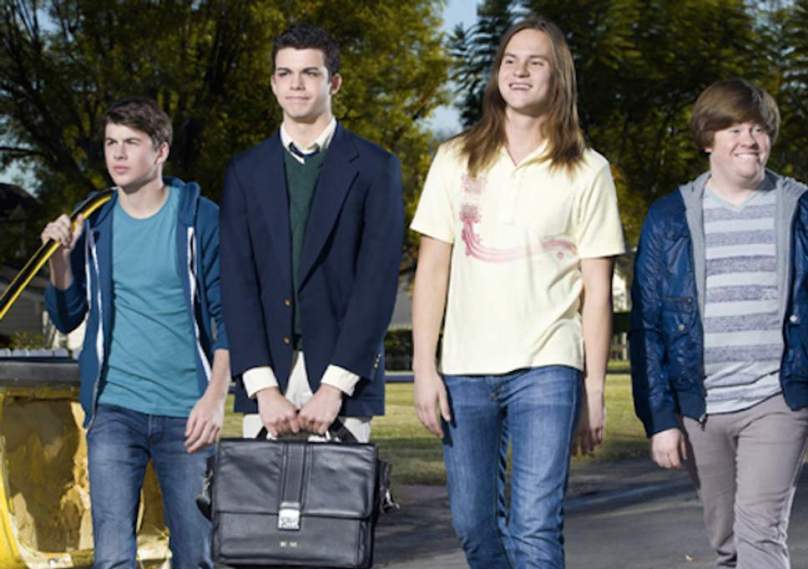 There were several attempts at an Inbetweeners remake before one made by MTV actually took off (if that’s the right word) and was made into a full series. British fans were deeply unhappy with the episodes after they surfaced online and after a backlash in the media, MTV axed the show.

The Vicar of Dibley – The Minister of Devine

Not much is known about this unreleased Vicar of Dibley US pilot, other than it cast Kirstie Alley as the new Church minister, Sydney Hudson, alongside quirky members of the parish such as Hubert, Wesley and Buzz. Strange name choices aside, it’s frankly just amazing that anyone thought remaking such a quintessentially British show for the American market was ever a good idea in the first place!

The Thick Of It

The US pilot of The Thick of It was another vehicle that failed to gain any traction. Armando Iannucci, who was executive producer for the attempted American reboot, remarked “It was terrible … conventionally shot and there was no improvisation or swearing.” He added “When we were doing the pilot of The Thick Of It at ABC there were just scores of people working on it, all called vice president this and that, and a lot of them were buffoons.” However, this story has a happy ending, as Armando Iannucci did eventually have another crack at re-imagining (as opposed to remaking) The Thick of It and the result was the multi award winning Veep.

Gavin and Stacey – Us & Them 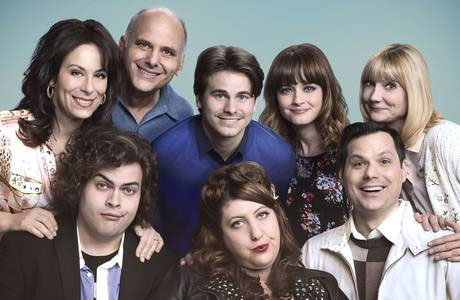 There were apparently a few different networks that wanted to adapt Gavin and Stacey for an American audience. Eventually, Fox green-lit seven episodes of Us & Them, but after they were made Fox bizarrely took the decision not to air them – it would be years before the streaming service Sony Crackle (me, neither) picked it up and finally aired the show in the US (technically). Both Ruth Jones and James Corden were initially approached to write the scripts, but turned it down. James Corden told Indiewire : “How can we write a show about two American families when we’re from England and Wales? We were like, ‘good luck.’ But it’s not a surprise they were never able to make a go of it.”

Only Fools and Horses – Kings of Van Nuys

In 2012, somebody at ABC decided it might be a good idea to have a go at remaking Only Fools and Horses (a bit late to the party guys) although this time it was to be renamed, somewhat confusingly, The Kings of Van Nuys. Weirdly, the original title Only Fools and Horses actually comes from the obscure expression ‘Only fools and horses work for money.’ which funnily enough was an old Americanism that the BBC were desperate for John Sullivan to change, because nobody would know what it meant!

Christopher Lloyd was cast as Granddad in this remake, which certainly would have been interesting to see. However, the pilot wasn’t picked up. 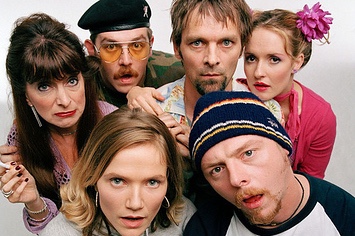 The supposed US remake of Spaced outraged the original cast and crew. With Charlie’s Angels director McG at the helm of this ill-fated remake, Simon Pegg issued an open letter expressing his distaste for the idea:

“My main problem with the notion of a Spaced remake is the sheer lack of respect that Granada/ Wonderland/Warner Bros have displayed in respectively selling out and appropriating our ideas without even letting us know.”

In the end the plug was pulled after a pilot was made. A few clips have since surfaced online such as the one below.

Not even Dad’s Army could escape the curse of the American reboots. In 1976, ABC created an American pilot starring Cliff Norton as Captain Nick Rosatti (Mainwaring) and Lou Jacobi as Sgt Max Raskin (Wilson). It followed the episode ‘The Deadly Attachment’ almost verbatum, accept that it changed a few exchanges, including Dad’s Army’s most famous exchange of them all, “Don’t tell him, Pike!” To “Don’t tell him, Henderson!” Oh dear. Needless to say, plans for a series ended there.

So, there you go! Proof, if proof were needed that sitcoms are born of a time and a place, a coming together of the right actors, the right writers and directors and the right cultural mood. These things can’t be recreated, and probably shouldn’t be attempted.

4 thoughts on “12 Disastrous US remakes of British Sitcoms”